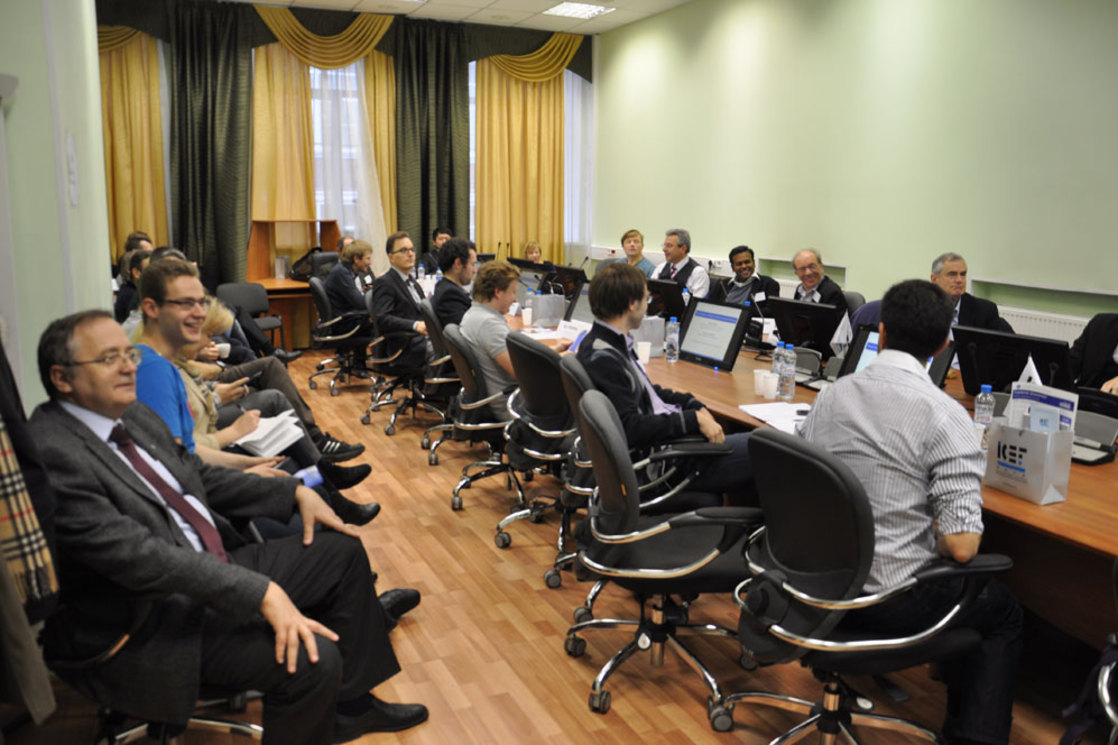 On November 7 and 8, 2014, ICEF and the International Laboratory in Financial Economics (LFE) held the Workshop in Financial Economics at the Higher School of Economics. First-class international scholars in the field and Moscow-based researchers presented their latest research and provided extensive comments on each other’s work. The three sessions of the workshop were titled “Asset Pricing and general equilibrium”, “Stock markets, mutual funds and M&A”, and “Market microstructure”.